July 31st is World’s Orgasm Day, yet 78% of British women climax less frequently since isolating with their spouse

British women involved in extramarital affairs confess being nostalgic for sex with their lover after being forced to isolate themselves with their husbands, research found.

In occasion of the International Female Orgasm Day which falls on July 31st, Gleeden – the first portal for extramarital encounters in Europe made by women with over 7 million members of which over 250,000 in the UK – conducted a study on a sample of 1,089 female members* in order to discover how their sexual experience was affected following the lockdown.

The study has revealed that 78% of these women are experiencing less frequent orgasms since lockdown set them apart from their lover. It seems, in fact, that the discreet relationship enabled them to enjoy a more fulfilling sexual life. Indeed, 49% of the surveyed women seem to be nostalgic for sex with their lover, since their spouse is unable to satisfy their sexual needs. Whereas the 31% believe this being caused mainly because they have less sex than they used to in the past.

The study has, in fact, showed a significant variation in the frequency of sexual intercourse before and during the lockdown. It revealed that previous the lockdown these women used to have sex at least twice more than they do currently. Since the virus restricted them to sex only with their spouse, 37% declared to have sex once every 7 to 10 days, 29% up two times every two weeks, and almost a third (27%) of the members declared a complete lack of intercourse in the past three months. 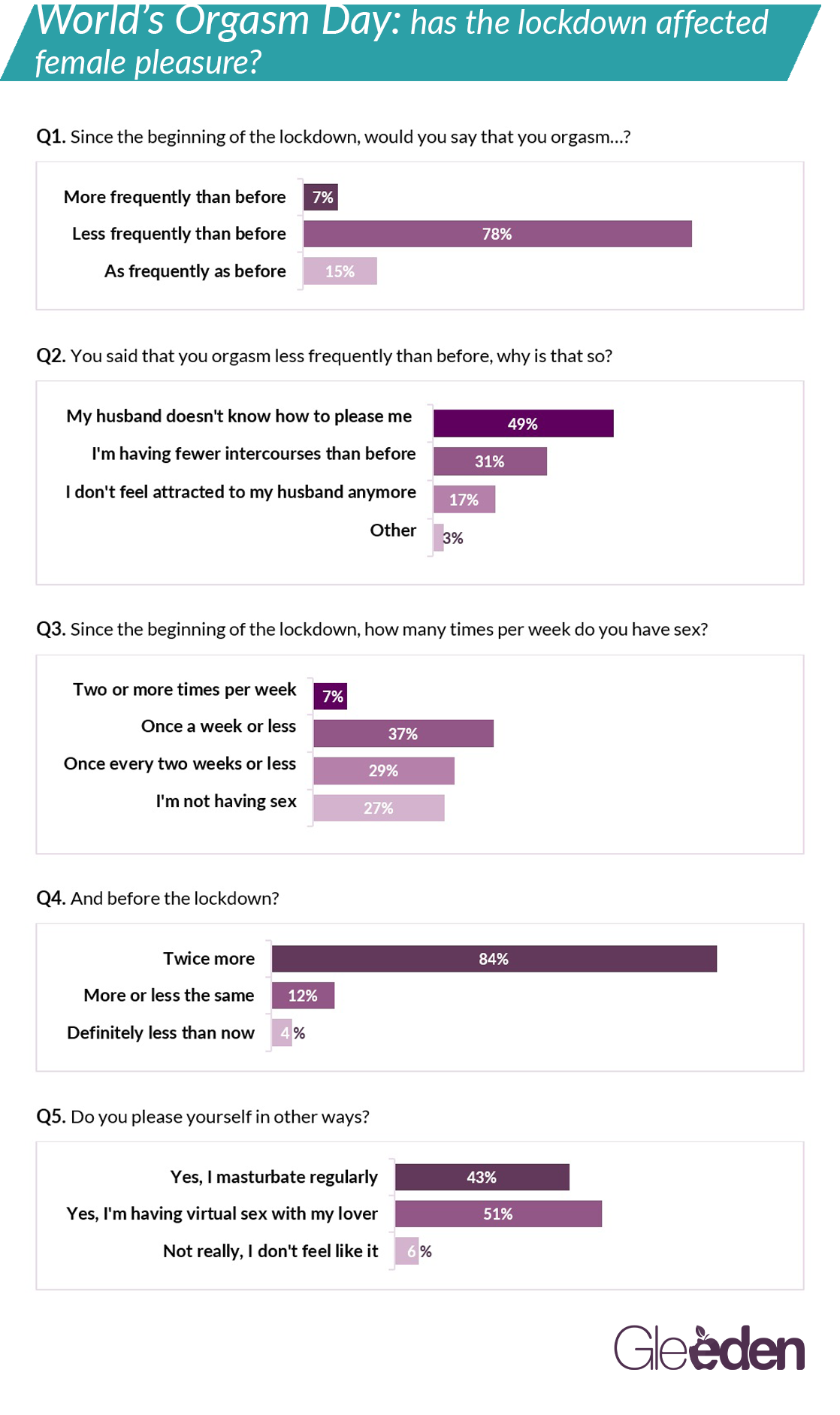 *Gleeden.com online survey conducted from the 20th to the 26th of July 2020 among 1,089 female subscribers based in the UK.

Read also: Is Covid19 the end of French-kissing?

Did you know?
How to avoid falling in love so quickly
Advice
How to cheat without being caught
In the press
Back to the office: soar of extramarital affairs in the workplace