Is Covid19 the end of French-kissing?

Despite having met with their love affairs, 80% of Brits avoid puckering up because of the fear of the virus. On National Kissing Day a study reveals how clandestine kissing has changed in the last three months of lockdown.

Lockdown and social distancing rules certainly did not stop Brits from having affairs. Yet, a staggering number of them preferred to keep the perks of snogging for the end of the Covid19 threat.

In time for International Kissing Day, Gleeden – the first portal for extramarital encounters in Europe made by women with over 7 million members of which over 250,000 in the UK, conducted a study on a sample of 1,078 British married people, revealing how lockdown has affected kissing habit among cheating partners in the past three months.

The study which meant to investigate the extramarital behavior during the Covid19 pandemic found out that 68% of Brits have already met with their lover or mistress over the past three months. Conversely, 32% preferred to wait for the end of lockdown before having any physical contact with someone outside the household.

With this regard, the former group was questioned whether, despite the social distancing rules, they have experienced kissing while being together. Surprisingly, 80% of cheating partners who met during lockdown have denied kissing and any sort of physical approach. On the contrary 16% confessed to having kissed repeatedly without worrying about any consequences. While a small group of 4% admitted kissing but with regret due to the risk of contagion to their family members.

As Katy78 explains: “It is not easy to resist kissing my discreet partner after months of abstinence. However, we both feel responsible for the health of our partners and kids at home. Hence, we’re happy to meet and spend time together, even if without a single peck.”

The situation seems not to be warmers at home, since even for the most contained ones kissing habits have changed too. Following the forced isolation, in fact, 25% of married couples declared kissing less passionately and instead of getting used to quick pecks which last not more than five seconds.

The pandemic has certainly changed the way we approach certain circumstances. However, no matter how drastic these changes are, no virus will put end to the thrill of having an affair, even if done responsibly. 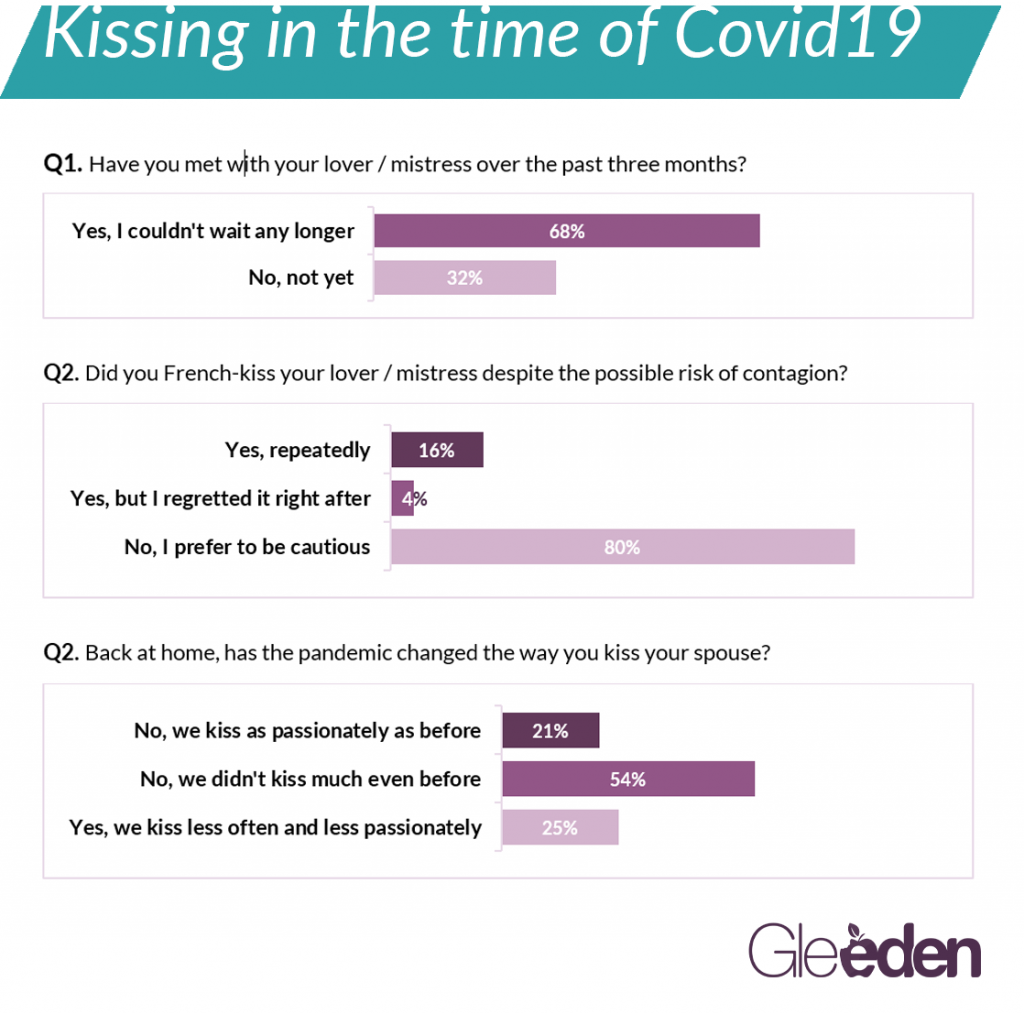 Did you know?
How to avoid falling in love so quickly
Advice
How to cheat without being caught
For her
Flirting in the era of coronavirus